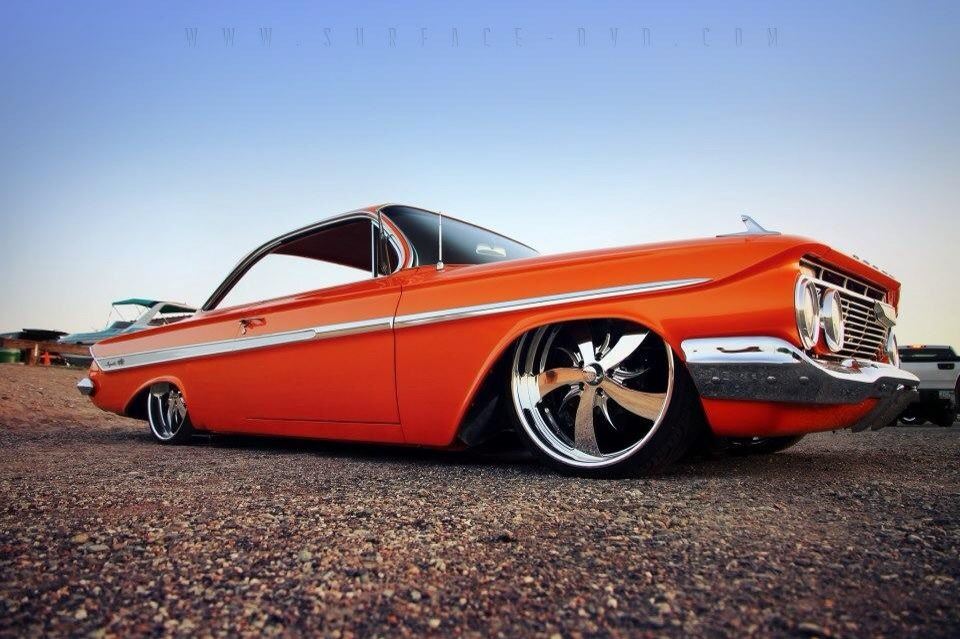 Clint and the team left Phoenix with a mission. First, get to SEMA, then get set up in the Hifonics booth and romp the volume on that #PowerFromTheGods 61 bubble top Impala. And the best part, Mom said it would be OK.

After spending the weekend in Vegas getting outfitted with new socks and shoes the car rolled into the Hifonics SEMA booth, 61005 just hours before the cut off. The wheels were supplied by Intro Wheels with 20 x 8.5 up front and 20 x 10 in the rear, tires supplied by our friends at Falken The impala had spent the previous several weeks in Mesa, AZ with several professionals getting it updated for the show. The challenge was simple. Clint wanted an updated audio system, replacing and stale system he’d had in the car for the last couple decades. After a few calls to his friends at Hifonics, and learning about the 35th Anniversary celebration he knew it was the perfect fit, the upgrade would be all Hifonics Brutus Elite product and the Impala would be in the company’s SEMA booth.

Clint chose 6 of the Brutus BRX12D4 12″ dual 4 ohm voice coil subwoofers with the Elite BZE components front and rear. Since the sub enclosure was already completed from the previous system it was essential that subwoofers be chosen for MAXX volume and MAXX show-ability – after all, this is SEMA, the premier aftermarket automotive show in the world, this install needed to be an “look at me” attention grabber.

For audio power the choice was simple, the Brutus Elite (BEX) Series of car audio amplifier power putting out 7000 watts. Specificaly, BEX2550.1D for the subs and the BEX850.4 to power the Elite components front and rear. These amplifiers are chosen because they are both in the Super D-Class and Super A/B Class of Hifonics technology. This assures that both sound quality and shear power are guaranteed. This is critical when a vehicle is on display and running on a power supply, in this case, over a four day show. The result of all this work and system design was a huge amount of bass that was well balanced on the high end and fit very well into the 35th Anniversary theme.

Tucked into the kick panels are the Elite 6.5 component speakers.

If you look close, you can see the midrange driver is hidden behind the panel and perferatored through the leather panel. The center console fabrication is over the top in this car.

The engine is dripping. Check out the on this build that is still rolling the original 409 engine.

The Hifonics 1961 Impala SS was such a magnet, even the models working the other booths had to pop over to say, “what’s your name..?”

Clint’s 35th Anniversary throwback playlist had AC/DC, Snoop Dogg and Herbie Hancock drawing a constant crowd. For the few hours that the gods of Vegas dumped Wind, Cold Rain and Hail onto the SEMA show, the Hifonics tent became the party, DJ’d by Clint and his boom, boom, POW!

Clint’s Mom bought this 61 Chevy Impala SS before anyone knew it was going to be a classic. She did in fact, buy the car in the fall of 1961.

Want to keep up with the Impala as it tours the Southwest? Connect on Facebook or Instagram.

We are lucky that mom kept it in the family all these years and we’re glad that Clint (the happy guy in the center) got his driver’s license, and his team became car nuts with a passion for restos and music.

Thanks to the full Impala SS build team for a great project and all their help at SEMA – Pictured L-R (James Powers with CGS Kustoms) Deuce Hindelang, Mike Rogers, Clint Hindelang, Keith Combs and Brandon Hathaway. 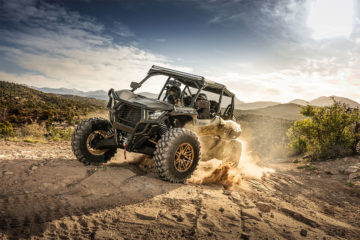 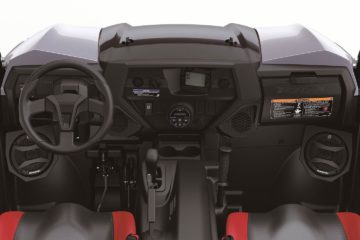